If you want to know the performance of a smartphone, most likely you will look at the results of benchmarks such as Geekbench, 3DMark or AnTutu. Sometimes the gap in numbers is so big that the gadget with more points simply «tears to pieces». But in reality, the performance gap is not so great. And in practice, even several-year-old smartphones are quite suitable for all tasks. The question arises: why so?

The 2022 flagship Samsung S22 with the top-of-the-line Snapdragon 8 Gen 1 processor in the benchmark simply does not leave a wet spot against the OnePlus 7 Pro — a phone that is already three years old and has an old Snapdragon 855 chip. But in real tasks, a three-year-old phone turns out to be more productive? For example, in the Genshin Impact game, the old OnePlus generates 41 frames per second, while the Galaxy S22 drops to 34 frames.

Looking at this picture, it becomes clear: benchmark scores mean little in the real world.

Why you can ignore benchmark scores

Benchmarks test gadgets only in one very specific mode — the maximum performance mode. But in reality, this mode accounts for 1-5% of the time of the entire operation of the smartphone. See for yourself by using a utility like CPU-Spy. Smartphones never work for a long time in maximum performance mode to avoid overheating and save battery.

During a demanding task, the smartphone temporarily increases the frequency of its processor to the maximum. The chip starts to heat up quickly and if the task continues, the smartphone reduces the processor frequency. If this is not enough, the brightness level of the screen also decreases.

How to determine the best processor for a smartphone

So, which processor for the phone is considered the best, if the maximum performance mode does not show the real picture?

The phone is a complex product in which not only performance is important, but also autonomy. From this point of view, the best processor will be one that provides high performance at the same time with minimal battery consumption.

In an ordinary smartphone, the heat generated by the processor, screen and other components is transferred to the outer panels of the case, and from there — to the user’s hands and the air.

Glass and plastic transfer heat very poorly. Therefore, the phone’s processor starts to overheat after a few minutes in peak mode. It is a common occurrence when the phone heats up to 45 degrees during operation.

So, if the chip emits less heat, it will be able to maintain high frequencies longer without overheating. This is exactly what the energy efficiency graph shows. The closer the processor curve is to the upper left corner of the graph, the better its energy efficiency. As you can see, the Google Tensor chip shows the worst energy efficiency — its curve is the lowest on the graph. Nearby is the Samsung Exynos 2200 curve. But the Mediatek Dimensity 8100 chip demonstrates almost the same energy efficiency as the Apple A14.
That is, a smartphone with an Exynos 2200 chip will not work for a long time from the battery and will heat up. And a smartphone with Dimensity 8100 will work longer and heat up less. The heat dissipation of 11 W may not tell you anything. But consider that the Acer ES1-332 laptop with an Intel Celeron N3350 chip (6W heat pack) uses a fan for cooling.

Energy efficiency of Apple A chips

When they say that iPhone processors are the best, it’s absolutely true. Apple’s 2020 A14 chip shows the same energy efficiency as 2022’s flagship Android chip, the Snapdragon 8+ Gen 1. In any mode, the Apple A14 processor provides greater performance with lower power consumption. The gap of the Apple chip is especially felt in the area of ??low and medium performance, which are typical real modes of any smartphone.
Interestingly, even before 2019, the energy efficiency of Qualcomm chips was better than Apple A chips. Samsung’s processor progress is going in the opposite direction: the older Exynos 2100 chip has better energy efficiency than the newer Exynos 2200. Moreover, in order for the Exynos 2200 to look at the level of the Snapdragon 8 Gen 1 in the benchmarks, it was allowed to consume a lot of power — about 12.4 W. But in practice, smartphones with Exynos 2200 and Exynos 2100 are not so bad — in low and medium performance modes, they are almost no different from Snapdragon 888 and 8 Gen 1. That is why, despite the gap in benchmarks, phones on these processors show approximately the same autonomy. Mediatek processors are considered by many to be slow-moving chips, not worth paying attention to. But in fact, these chips demonstrate the best energy efficiency in the Android world. However, judging smartphone processors only by benchmarks — Dimensity 8100 completely looses to the Snapdragon 8+ Gen 1 chip, whose graph ends higher on the vertical axis.

So, modern smartphone processors are not better, and sometimes even worse in terms of energy efficiency. There are two reasons for this — ARM cores and production factories. ARM develops processor cores, which companies buy, modify according to their own needs and order their release on the shelves.

If you believe the marketing presentations, ARM is doing great with the development of new cores. They become more productive and consume less energy — that is, energy efficiency increases. But the Cortex-A78 core introduced in 2020 turns out to be better than the Cortex X2 core, which was introduced in 2021. The difference in energy efficiency between Cortex-A55 (2017) and Cortex-A510 (2021) cores is even more impressive, and not in favor of the new core. A510 cores are the ones that determine the energy efficiency of the smartphone, because they perform the most tasks.

Another reason why the power efficiency of the latest smartphone processors is not increasing as promised is manufacturing. The Snapdragon 888 and 8 Gen 1 chips were manufactured at Samsung factories, respectively, using 5- and 4-nanometer technological processes. But this production was not the best. Production at TSMC factories is more perfect, and therefore Snapdragon 865 and 855 processors show better energy efficiency.

The influence of the factory is clearly visible , if you compare one core made with a technological process of a similar generation, but at different factories. Samsung and TSMC factories produce processors of significantly different energy efficiency and according to the 4 nanometer technology process.

That is, Qualcomm got a better processor simply by moving its production from the Samsung factory to the TSMC factory. So Snapdragon 8 Gen 1 turned into Snapdragon 8+ Gen 1.

Energy efficiency of the video core of the smartphone

The video core in a smartphone processor is usually not a performance bottleneck. Mobile video cores operate at low frequencies compared to video cores in PC video cards. After all, games in smartphones are often limited to 60 frames per second. And the interface of the operating system does not require high performance from the video core.

Therefore, it makes no practical sense to look at the peak performance indicators of the smarton video core, which operates at maximum frequencies (upper right sections of the graphs). Based on: Geekerwan, PhoneBuff, Golden Reviewer 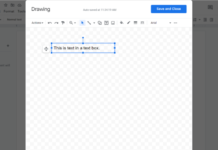 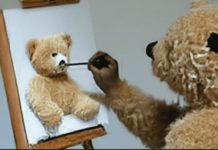 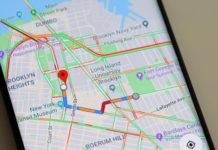